The creation of blue diamonds has always been a mystery. Yet, with the rise of modern technology, scientists have finally discovered how the mesmerizing blue diamond came to be. It turns out that this precious colored stone gets its color from trace amounts of boron.

According to the journal by Smith et al published in Nature, there is a specific source of boron that reached the diamonds in the mantle. There were 46 diamonds analyzed in the study. The said gems formed in the mantle. Their analysis showed that the materials in each diamond included water, which came from the tectonic plates under the sea (in the oceanic lithosphere). This is a rich boron source.

The results mean that the presence of blue diamonds is the result of a unique geochemical pathway from the oceanic lithosphere to the lower mantle. This is a possible route for an extremely deep water cycling in our planet.

The Rarity of Blue Diamonds

When you see a blue diamond, know that it is one of the rarest fancy colored diamonds in existence. Each time a natural blue diamond is sold at an auction, it sparks a media frenzy because it is always worth millions.

Boron, the cause for the diamond’s blue color, doesn’t exist abundantly on the Earth’s surface. This element is present in great amounts in areas closer to the Earth’s surface. You can find boron in plants and in the soil. When boron is found in the mantle, it is exceedingly rare. That is why blue diamonds are rare.

The Cullinan mine in South Africa is the primary source of rare blue diamonds. The mine has been open since 1903. It has given some of the finest and rarest diamonds on Earth including Cullinan I and Cullinan II. Currently, these two rare diamonds are part of the famous British crown jewels. The mine is being expanded to increase its yield. Presently, it churns 1 Million carats annually, which significantly reduces the number of blue diamond discoveries. Aside from the Cullinan, mines like Botswana’s Karowe, India’s Golconda, and Lesotho’s Letseng mines also produce blue diamonds.

Blue diamonds have always been a great investment for collectors. The NCDA (Natural Color Diamond Association) just reported that blue diamond prices have consistently and gradually increased from 12% to 17% yearly over the past ten years.

The 12.03-carat Blue Diamond was sold for 48.4 million USD in November of 2015. It was the highest amount ever paid for a jewel. It was then loaned to the Smithsonian Institute and then put on display at the L.A.’s Natural History Museum.

The 42.92-carat Tereshenko diamond is a pear-shaped blue diamond. Its origin is still unclear. The diamond was named after its first owners, the Tereshenkos, who were pre-communist Russia’s sugar barons. In 1916’s eve of the Russian Revolution, the diamond was transported out of Russia. It was then transferred to a private owner. In November 2014, the Tereshenko was sold at Christie’s for 10 million Swiss francs and given to Robert Mouwad.

The 45.42 carat Hope diamond originated from India in the mid-1600s. It is the most mysterious of all blue diamonds, known to cause death and tragedy to anyone who has it. The diamond was donated to the Smithsonian in 1958 by Harry Winston. He had the stone delivered to the Institute wrapped in brown paper, through first-class mail. Winston believed it was the safest means to transport the stone.

The 13.22-carat Winston Blue diamond is a vivid blue, internally flawless, pear-shaped diamond, bought by Harry Winston for 23.8 Million USD in 2014. Its purchase set a world record for the most expensive price paid per carat at 1.8 Million USD per carat. The Winston Blue was reportedly discovered in South Africa, at Cullinan. It was then sold at a Christie’s auction to a private collector.

The 31.06-carat Wittelsbach diamond is said to have come from the same piece of the rough diamond from which the Hope diamond came. It can also be traced back to the Golconda mines in India. In 1772, the Wittelsbach has been made part of the Bavarian crown jewels. It remained there for at least a century. It then disappeared. The diamond only resurfaced when Joseph Komkommer, a Belgian diamond cutter, re-cut it in the 1960s. It disappeared again after that and then reappeared in 2008 when Laurence Graff bought it at an auction. Graff re-cut the diamond into a smaller 4.52 carats and renamed it Wittelsbach-Graff. It became a  flawless, deep blue diamond.

Blue diamonds will always continue to fascinate and elude. More of these precious diamonds could still surface. Until then, it is satisfactory to know that more of its secrets are being understood by the scientists who study them. 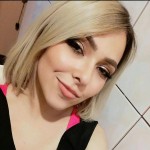