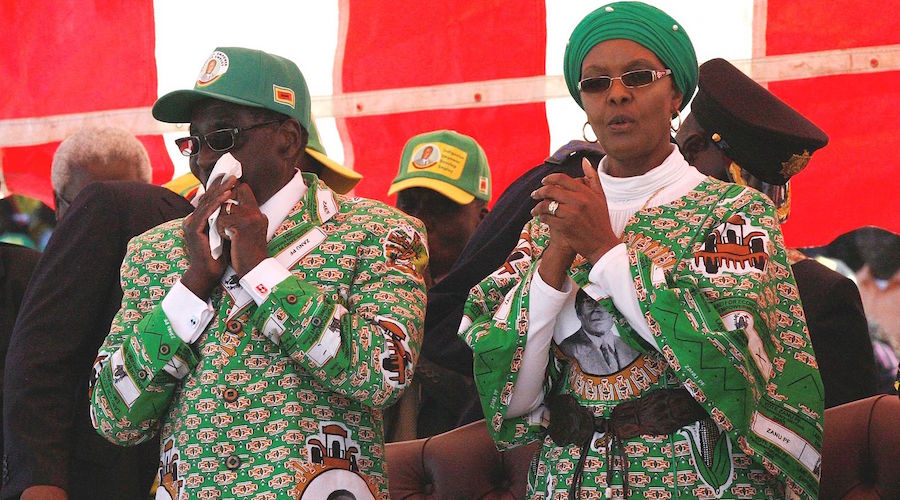 Zimbabwe’s parliament has ordered former leader Robert Mugabe to answer questions next month about whether the state was deprived of $15 billion in diamond revenue, a legislator said on Friday.

It will be Mugabe’s first public appearance since last November when the army deposed him in a de facto coup after nearly four decades in power and he was replaced by President Emmerson Mnangagwa.

The 94-year-old gave his first television interview last month since he lost power and said Mnangagwa had betrayed him and assumed the presidency illegally.

Mugabe said in March 2016 the country was robbed of wealth by diamond companies including joint ventures between Chinese companies and the army, police and intelligence services whose operations were shielded from public scrutiny.

Specifically, he said Zimbabwe lost $15 billion in revenue from Marange gem fields, more than 400 km (250 miles) east of the capital. He expelled those firms last year and replaced them with a state-owned diamond company.

Themba Mliswa who heads parliament’s mining committee said the panel had interviewed former Marange mining executives as well as the police, army and intelligence services and now wanted to talk to Mugabe.

“The committee resolved that the former president should appear on 9 May so that he can explain the disappearance of the $15 billion,” Mliswa said.

“This is not political persecution. After gathering all evidence, it was the committee’s view that we call the former Head of State and government.”

The state diamond company was set to auction 1.56 million carats of diamonds from Marange in March and April, the first time since March 2017 it has held such sales.

In 2006, over 20,000 illegal diggers descended on the Marange fields, prompting the government to deploy the army to stop panning and smuggling. Rights groups say security forces committed atrocities during their crackdown.