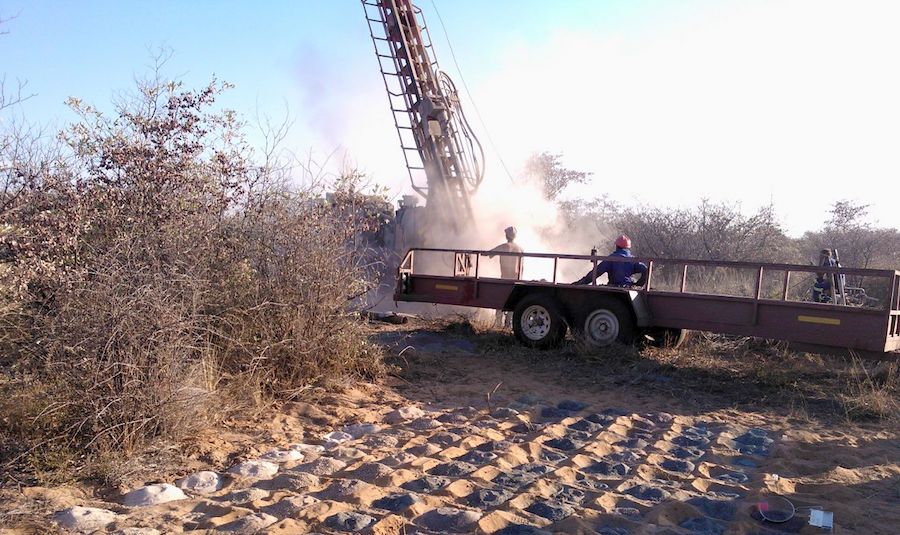 The AK10 project is located only 4 km east of Karowe, the mine that yielded the giant Lesedi La Rona diamond, the world’s second-largest rock ever found. (Image courtesy of Pangolin Diamonds.)

Canada’s Pangolin Diamonds (TSX-V:PAN) has found its first diamond at the Jwaneng South Project in Botswana, which is located about 100 km south of the Jwaneng diamond mine, the world’s richest.

Pangolin is led by Leon Daniels, the same geologist who discovered the kimberlite pipe that produced the giant Lesedi La Rona diamond.

The white diamond, measuring about 1 mm, was recovered from a soil sample, which leads the exploration and development firm to believe the source is nearby.

“The presence of a chrome spinel inclusion on the broken surface of the diamond is interpreted to be an indication that the diamond is close to source and transport distance is minimal,” Pangolin said in the statement.

Led by Leon Daniels, the same geologist who discovered the kimberlite pipe that produced the giant Lesedi La Rona diamond, the Botswana-focused miner has been growing its portfolio as of late.

Earlier this month, it bought a 51% stake in a former De Beers mine, the so called AK10 diamond asset, located in the Orapa kimberlite field, the same area where Canada’s Lucara Diamond (TSX:LUC) has its Karowe mine, where Lesedi la Rona was found.

Pangolin, which has the option to increase its holding in AK10 to a maximum of 75%, noted an evaluation of the asset has began and a detailed groundmagnetic survey and a soil sampling have been completed.

The company is currently working on nine diamond development projects in Botswana.