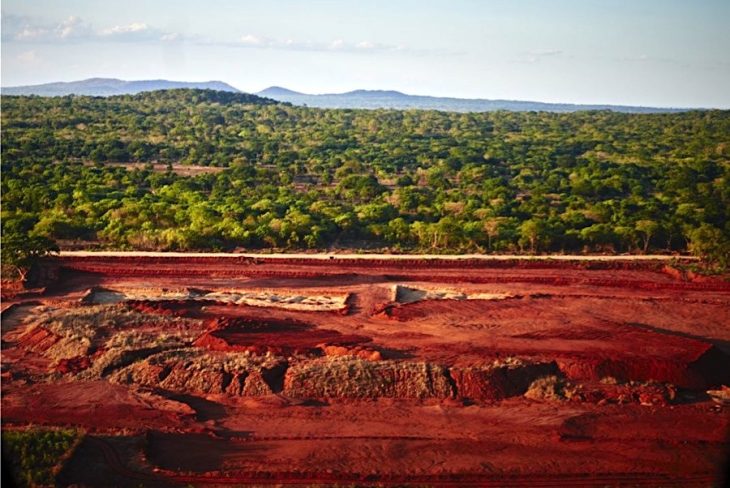 Montepuez is an open-pit mine, considered the world’s most lucrative ruby operation. (Image courtesy of Gemfields.)

Precious gemstones miner Gemfields is stepping up efforts to increase transparency across the entire supply chain amid fresh allegations of human rights abuses at its Montepuez ruby mine in Mozambique, which has cost it a lawsuit filed last week in London’s High Court.

Leigh Day, the London-based law firm representing over 100 locals, said security forces employed by the miner — which describes itself as “a leading supplier of responsibly sourced coloured gemstones” — shot, beat and subjected to humiliating treatment and sexual abuse to its clients.

It also said the claimants, which include family members representing four people who were killed, were unlawfully detained and forced to carry out menial labour.

The world’s top coloured gems producer is adopting a new technology to further drive transparency in the sector.

Together with denying such accusations, Gemfields, which publicly opposes to any form of violence or abuse, is trying hard to get some sparkles back into its name.

The UK miner, the world’s top coloured gems producer accounting for roughly a third of the global supply of emeralds and rubies, is adopting a new technology to further drive transparency in the gemstone industry.

“The coloured gemstone industry is ancient, and perhaps as a result, is often viewed as fragmented and opaque,” Jack Cunningham, Head of Sustainability at Gemfields, told MINING.com.

“Many individuals have benefited at the expense of others; with expert knowledge, the buyers and traders in particular were — and still are — in a very strong position to defend their positions in the industry without anyone, up or down the supply chain, being able to challenge them,” Cunningham said.

That’s why Gemfields is incorporating a synthetic nano-technology, which acts as “the DNA” of a stone, as it provides information on the location a particular emerald or ruby was mined, when and who the owner is.

Gemfields is also working on other fronts to keep its corporate image clean. Before starting any full-scale mining operations, for instance, it engages with the relevant authorities to carry out environmental impact assessments and engages with the communities.

The miner claims its approach is based on balancing what it takes out with “the need and desire to put something back.”

Cunningham said the company, which owns the luxury Fabergé jewellery brand, is open about how much it invests in the communities near to its mines, disclosing the exact figures. “We also set aside a portion of our revenue exclusively for community investment and biodiversity protection, and this approach is replicated at each of our operations.”

Asked about how Gemfields measures success, the executive said the firm aims at to be recognised for its achievements on the ground — “number of children accessing primary education, patient visiting clinics, increased yields and income generated by the farmers and, of course, the number of local people we employ directly.”

Cunningham also noted that the salaries of Montepuez mine’s unionized workers are above the national and industry average. This year, the company expects to train about 600 community members to build a resettlement village for 105 families, a project in which it has already sank $130 million.

While the executive refused to comment on Leigh Day’s lawsuit, it’s said it could take months for the case to be heard. 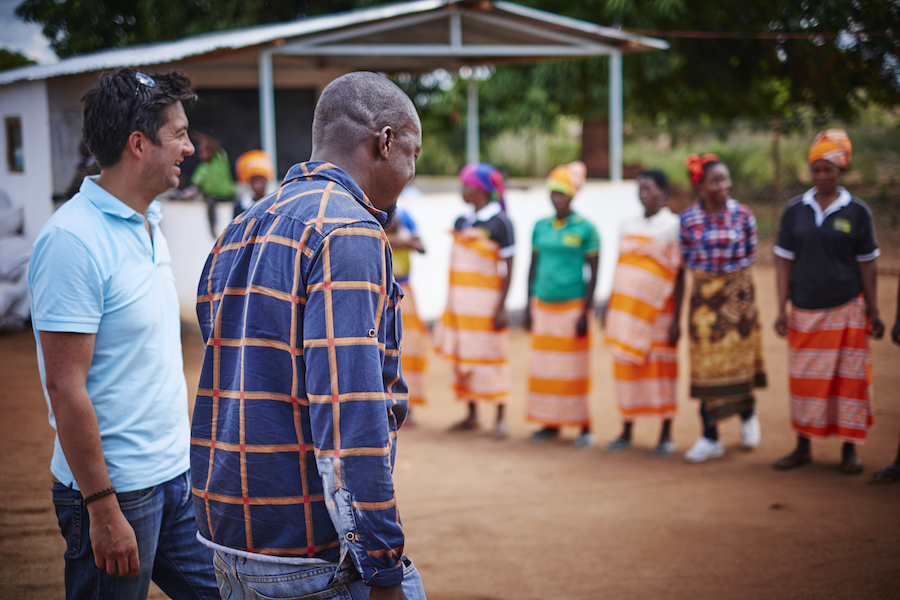 Jack Cunningham, Head of Sustainability at Gemfields (left), says the company partners with the communities surrounding its mines in a number of ways; either developing infrastructure, providing disaster relief, developing agricultural co-operatives and/or setting up mobile clinics, among others. (Image provided by Gemfields.)