CIBJO's 2018 Congress to Take Place in Bogota, Colombia in October 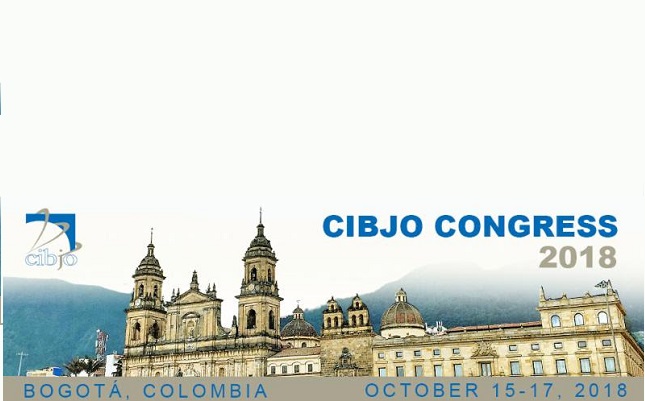 (IDEX Online) – CIBJO, the World Jewellery Confederation, will hold its 2018 annual congress in Bogotá, Colombia, from October 15-17, with pre-congress meetings beginning on October 13.

The congress will be hosted by Fedesmeraldas, the National Federation of Emeralds of Colombia, which this year will be a celebrating the 20th anniversary of its founding. Immediately prior to the event, from October 12 to 14, Fedesmeraldas will also host the second edition of the World Emerald Symposium, which CIBJO Congress participants are encouraged to attend.

The main venue for the CIBJO Congress will be the Grand Hyatt Bogotá, which is located in the heart of Ciudad Empresarial Sarmiento Angulo, the city's commercial district.

CIBJO Congresses serve as the official gathering place for the World Jewellery Confederation's Assembly of Delegates, and also are the venue for the annual meetings of CIBJO's sectoral commissions, where amendments can be introduced to the organization's definitive directories of international industry standards for diamonds, colored stones, pearls, gem labs, precious metals and coral, known as the Blue Books.

The CIBJO Congress is also where the program of World Jewellery Confederation Education Foundation (WJCEF), relating to responsible and sustainable activities in the industry, and CIBJO's ongoing cooperation with the United Nations and its development program, is reported upon.

This is the second time that a CIBJO Congress will have been held in South America, with the first having taken place in Salvador, Brazil, in 2015. As Latin America's fourth-largest economy, Colombia is synonymous with the fine emerald sector, which is anchored by a mining industry that has functioned uninterrupted since the rule of the Incas, and archaeological evidence indicates that gemstones were already being mined in the area more than 3,000 years ago. The country also has substantial gold reserves, and is a producer of silver and platinum. Bogotá, its capital and primary business hub, is home to an emerald sorting, cutting and trade centre, as well as a growing jewelry industry and trade.

"In so many respects, Colombia represents both the past and the future of our industry," said Gaetano Cavalieri, CIBJO President. "It has been associated with the very finest of gemstones for centuries, but from a business perspective has still only scratched the surface of its potential, with studies indicating that about 80 percent of its vast emerald reserves still remain under the ground. The country's government and gemstone industry are committed to a program that involves formalizing the status of its artisanal and smaller-scale miners, enabling them to access the international markets, and so realize our business community's potential of being a force for sustainable economic and social development. With the focus of the world jewelry industry on Colombia leading up to and during the CIBJO Congress, we are delighted to be able to partner with Fedesmeraldas in highlighting this process."

A dedicated CIBJO Congress 2018 website will be launched shortly.