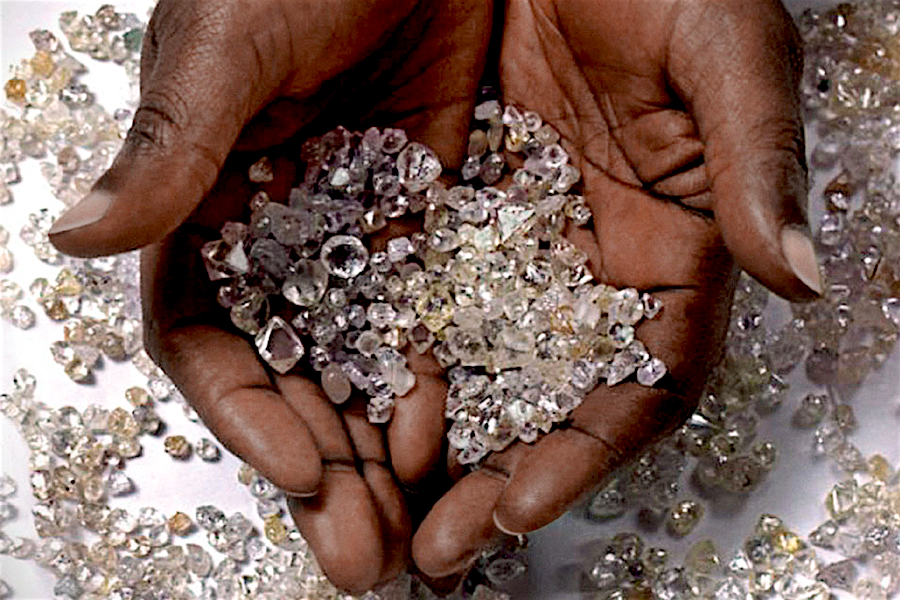 LONDON, June 18 (Reuters) – Despite a partial lifting of a ban on its diamond exports, the Central African Republic (CAR) is struggling to restore sales and seeing only a fraction of the tax revenue it once did, its mining minister said in an interview.

As a member of the 81-nation Kimberley Process which certifies ethical diamond exports, CAR was banned from exporting diamonds in 2013 after rebels seized power.

In 2016, the ban was partly lifted, with CAR allowed to resume sales from five “green zones” from which the then newly-elected government could enforce the Kimberley Process to certify diamonds are conflict-free.

Mines Minister Leopold Mboli Fatrane told Reuters in a telephone interview the country needs more help including training, as the demands of Kimberley Process administration are holding up shipments for between three and six months.

“It’s a country of conflict. The situation has affected a lot of people, notably the mining sector, which is more than 20 percent of the population,” the minister said, adding the country needed flexibility and practical help to enforce the Kimberley Process.

So far this year, Fatrane said official diamond sales of just over $2 million have generated $27,180 in taxes, suggesting the CAR will fall far short of last year’s sales which he said came to around $7.6 million and raised $361,493 in taxes.

Beyond official sales, diamonds continue to be smuggled out of the CAR, however, and the east of the country remains under rebel control. The conflict in the CAR escalated in 2013 when mainly Muslim Seleka fighters ousted then-President Francois Bozize, prompting reprisal killings from Christian militias.

It also faces competition from the technology that underpins bitcoin. Top diamond producer De Beers, part of Anglo American , is among those using blockchain as a further guarantee to customers that its stones are ethical.

Kimberley Process members meet this week in Antwerp, Belgium, under the leadership of this year’s chair, the European Union.

Diamonds could help rebuild the CAR’s economy, but it will take time and stones must be fully monitored, EU officials say.